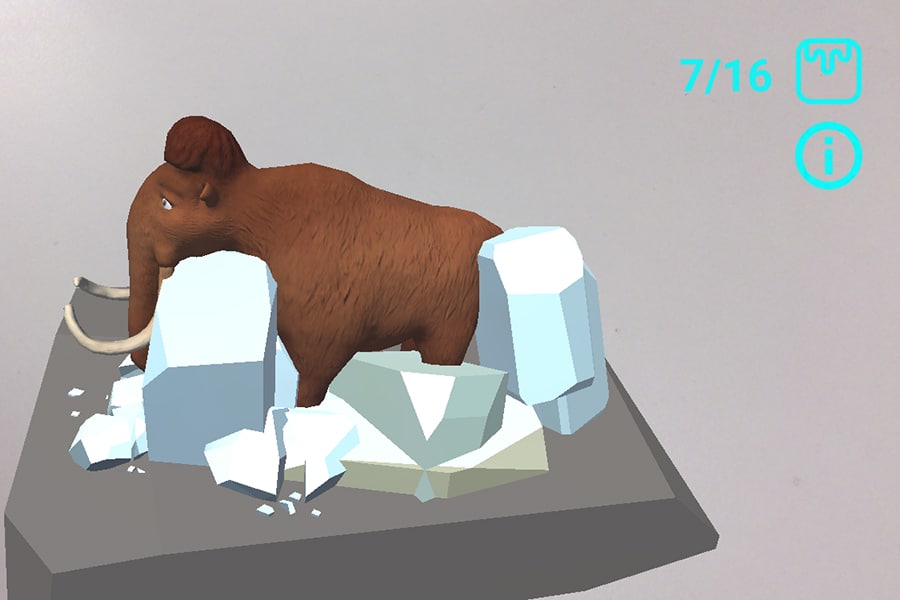 Toeplah is a bond of entrepreneurs in the tourism branch. They are active in the municipality of Aa and Hunze in Drenthe. In collaboration with the Geopark de Hondsrug foundation, Toeplah wants to develop five innovative children’s cycle routes with AR & VR activities.

They would like to get more people to Drenthe, and these routes should serve as a way to pull the crowd to the municipality and to put Aa and Hunze back on the map! The promotion is aimed at families with children between 8 and 12 years old.

There are 5 cycle routes enriched with virtual and augmented reality. Every route has an animal as the main character, for example the mammoth, the beaver or the wolf. On these routes you can play AR games such as freeing a mammoth from the ice, or fishing a cow from a puddle of mudd. Take your VR headset with you and see what the landscape looked like a hundred thousand years ago!

Download the Steenmannetje op Fietse app to scan the markers on the route. Each marker tells a story from a storyline and you have to complete an assignment to help the animal along the route, such as tapping an ice block with a frozen mammoth inside until the mammoth is freed. It doesn’t matter where you hop in on the route, the story will always start at the same point.

An application with five cycle routes enriched with augmented and virtual reality. Toeplah hopes this will pull families with children towards Drenthe to let them enjoy the beautiful landscape. The application was received with joy during a grand opening! 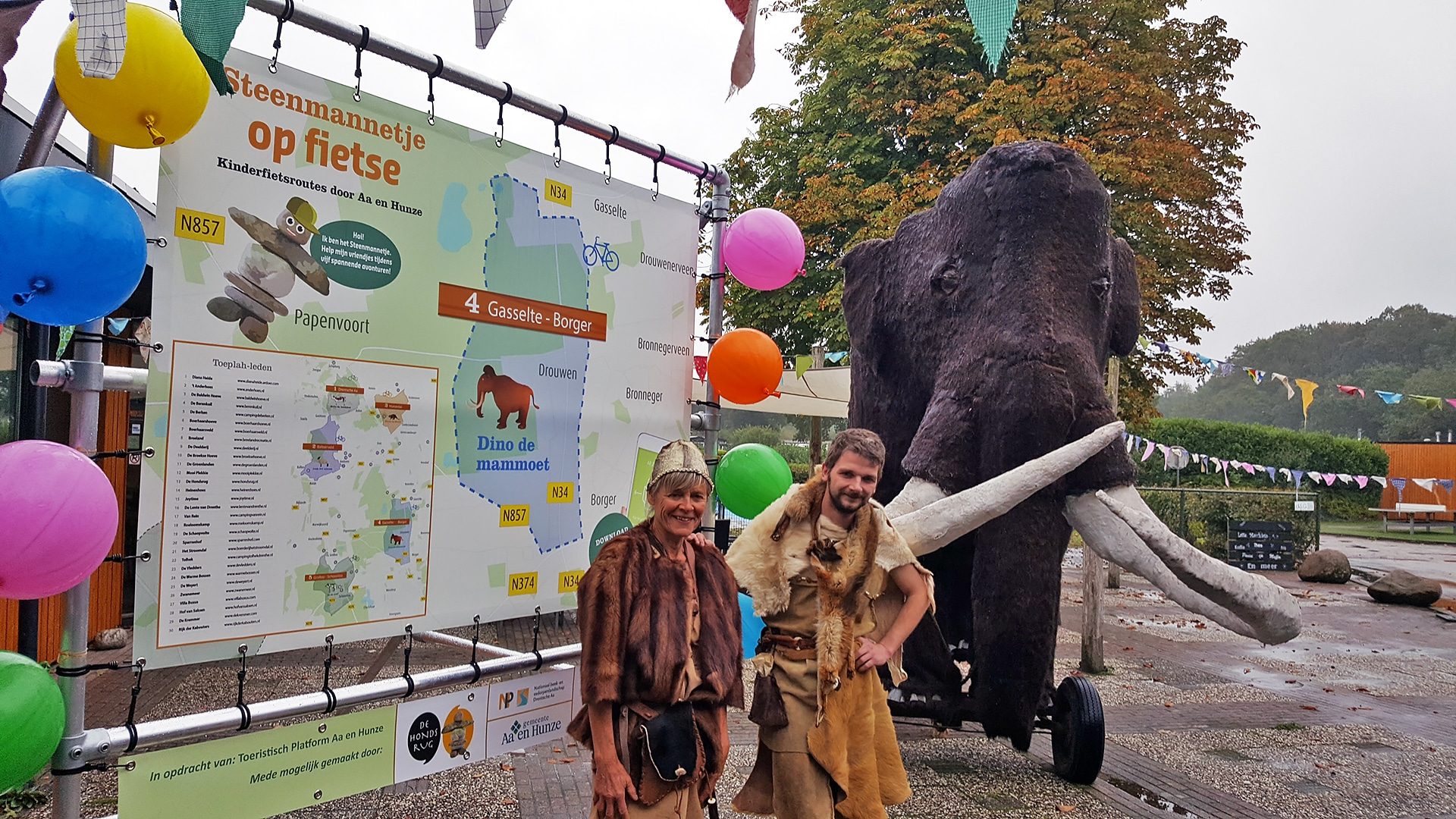 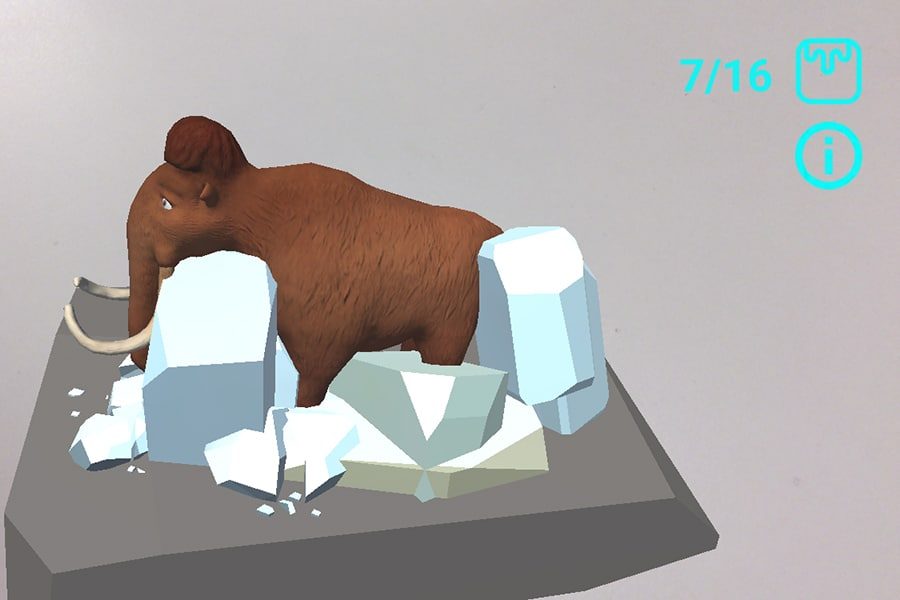 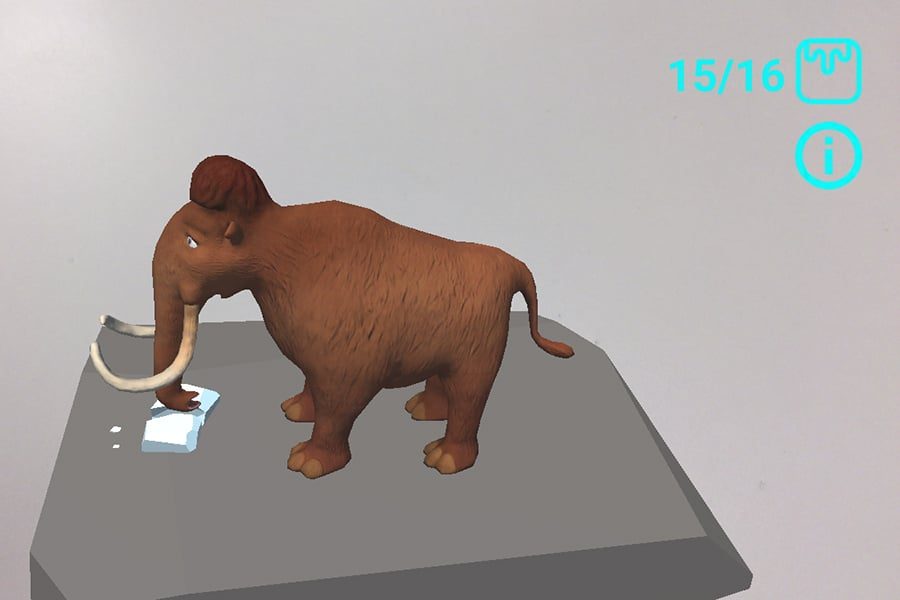