Snapchat broke the internet once again with a new AR feature that you can use to swap gender. Snapchat introduced the new face filter over the weekend and the internet has been going crazy since.

You can find the face filter by opening Snapchat in selfie mode and opening the face filter carousel. The filter has been giving users mixed results, some of them look so realistic that it is hard to tell if it is fake.  The male filter will give you a little stubble and more masculine jawline, while the female filter gives you long hair and a more delicate facial structure.

So many people have been sharing their gender swap Snaps that it became the center of conversation on a lot of the morning talk shows. Many say that Snapchat is over, but the addition of new AR filters show the opposite. Everyone still has Snapchat and is using it. 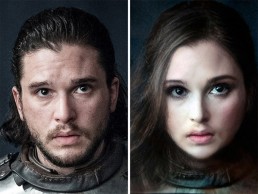 This case and more? Subscribe for a single monthly update.

Hong Kong – Travel Back to the Fifties